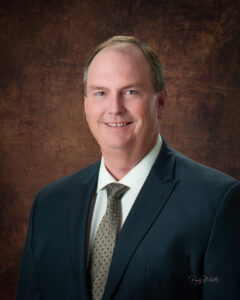 Mr. Martin was elected to the Cleveland County Water Board of Commissioners beginning in December 2019.

Mr. Martin was born in Cherokee County, SC to Reverend Alton and Diane Martin. His family moved to Polkville, NC at the age of 9 where he was raised and has resided for the remainder of his life. He graduated from Burns High School in 1983 and earned his North Carolina Educator’s Certification from Isothermal Community College in 2001.

Mr. Martin has been the Metals Manufacturing Teacher at Burns High School from 1998 to the present. From 1988-1998 he served as a Crew Leader and Heavy Equipment Operator for the former Ronny Turner Construction Company specializing in water, sewer and natural gas utility construction. Mr. Martin has held a NC Certified Driving Instructor Certification since 2011 and served as the College and Career Promise Welding Instructor at Cleveland Community College between 2011-2017. He is also the Co-Owner of Broad River Creations which specializes in the personalization of custom-made metal signs and other artistic and custom order metal work items. He is a member of Zion Baptist Church where he has served as a Deacon, Choir member, Children’s Sunday School Teacher, Brotherhood, Haiti and Guatemala Mission Teams and various other committees.

He has been married to his wife Carol since 1986 and together they have two grown children and a daughter-in-law.