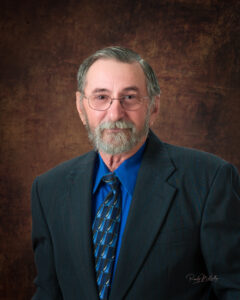 Mr. Cook has served on the Cleveland County Water Board of Commissioners since December 1999.

Mr. Cook was born and raised in Casar, NC and graduated from Burns High School in 1970. Mr. Cook has attended and received numerous certifications in the Fire Fighting industry from various Community Colleges as well as being a graduate from the National Fire Academy.

Mr. Cook retired in 2014 as the Cleveland County Emergency Management Director and Fire Marshall. He has been past Chief and is still an active member in the Casar Volunteer Fire Department for over 40 years. In the past, he was in the Sherriff’s Department Reserve Deputy program for numerous years. He is also a licensed Amateur Radio Operator and a member of Saint Paul Baptist Church in Casar.

Mr. Cook has been married to his wife Lynn since 1997 and they have two grown children and five grandchildren.

In their spare time, they enjoy traveling across the state and nation and camping in their camper and meeting people.