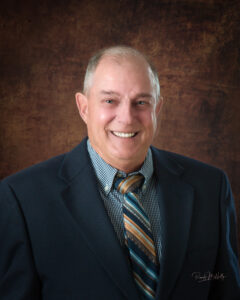 Mr. Taylor has served on the Cleveland County Water Board of Commissioners since December 2009.

Mr. Taylor was born and raised in Franklin, NC where he graduated from Franklin High School in 1962. He served his country honorably in the United States Army from 1962-1965. He attended Gardner Webb College from 1965-1967 where he obtained an Associate’s Degree, then went on to obtain a Bachelor of Science in Education from Western Carolina University in 1969.He also obtained a Master’s Degree in Education from Western Carolina in 1972.

Mr. Taylor retired from Cleveland County Schools as a Social Studies teacher at Crest High School in 2002. During his tenure there, he served as the Head Varsity Football Coach from 1979-1986 as well as the Head Junior Varsity Football Coach from 1994-1998. He has served in the FCA Adult Chapter since its formation in the early 1970’s and was the President in 1978. He was inducted into the Cleveland County Sports Hall of Fame in 2007. He has been a long time member of Boiling Springs Baptist Church where he has served as a Deacon as well as various other committees.

Mr. Taylor has been married to his wife Kay since 1972 and they have two grown children and five grandchildren.

In his spare time, Mr. Taylor loves to attend his grandchildren’s many sporting events as well as playing cards with a special group of friends.