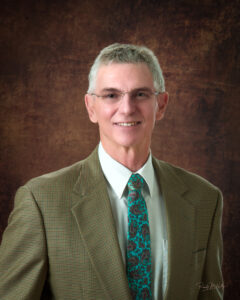 Mr. Cameron has served on the Cleveland County Water Board of Commissioners since December 2007.

Mr. Cameron was born and lived in Charlotte, NC until the age of ten, at which point his family moved to Earl, NC where he has lived since. He graduated from Crest High School in 1970. Mr. Cameron obtained a Bachelor of Arts from NC State University in English in 1974 and a Bachelor of Science in Science Education in 1975. He also has a Master’s Degree in Science Education from Western Carolina University.

Mr. Cameron retired from Cleveland County Schools as a teacher at Crest High School in 2004. He is a lifelong member of New Hope Baptist Church in Earl, NC where he has served as a Deacon, on numerous committees, and was the Men’s Softball Coach for over 30 years.

Mr. Cameron has been married to his wife Beth since 1977 and they have two grown children and four grandchildren.

In his spare time, he enjoys playing pickle ball, camping and kayaking with his wife and playing cards with a special group of friends.